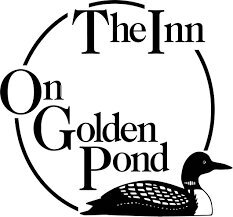 History of the Inn

"Squam", a wonderful history of the area written by Rachel Carley, refers to many Ashland NH hotels and Holderness NH hotels that once dotted the landscape around Squam Lake. Most have disappeared due to decay or fires.

Here's a brief history of our Inn.

In August 1870 Ann's parents sold approximately 80 acres of land to Marcus and Ann for $2,000. The acreage now associated with the Inn On Golden Pond was part of that parcel. According to 1870 town records Marcus owned 5 cows, 5 sheep, and 18 hogs.

The Sargents' second child, Granville, was born in 1874 and their third child, Ben, was born in 1875. In 1879 Marcus completed construction of a new house on the property replacing a smaller, older home. The new house had six bedrooms and one bath. Three chimneys provided ample hookups for wood stoves to heat the entire house. The house is what we now call the Inn On Golden Pond.

The years went by as the children grew. Marcus served at least one year (1878) as Town Selectman. In 1893 daughter Jennie married Harry Leavitt, a carpenter and antique dealer. Five years later Marcus and Ann conveyed a small parcel of their land (next door to the Inn) to Jennie and Harry where they built a house and raised three children.

Ann Sargent died in 1907, but daughter Jennie continued to live next door and son Ben still lived at home, both available to help Marcus. Sometime during the early 1900's, with the children grown, the Sargents decided to make use of the extra bedrooms and started renting rooms to tourists. They called the new lodging venture "The Catalpas" named for three large Catalpa trees which adorned the front yard. Rooms were rented for $1 a night, no breakfast.

In 1923 Marcus conveyed his property to daughter Jennie apparently because of failing health. He died in 1924. Jennie and husband Harry moved to the "big" house sometimes referred to as "the mansion." The Leavitts settled in and made some substantial improvements, at least to the exterior of the house.

In 1939 Harry died. Jennie stayed on in the house until 1947 when she remarried and moved away. The house was sold to Ivan Whipple who then, four years later, sold it to Richard and Gladys Gordon. Richard was an antique dealer and a real estate agent. Gladys died in 1973, but Richard remarried and continued to live in the house until 1984 when he sold to the Webbs who arrived looking for a home which could be converted into a small inn.
Guests
Guests
Pets
Check Availability